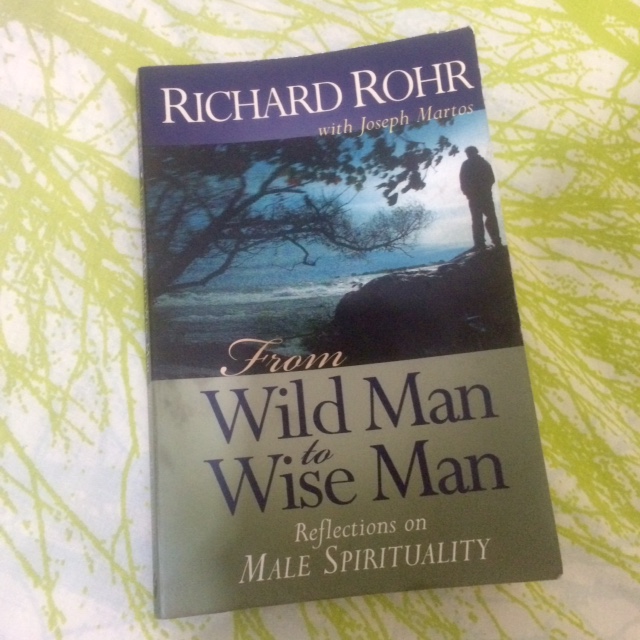 I began reading this book last night, shortly after I finished another book – as queued on my summer reading list – and I was astounded by the insights it bears. As what the title suggests, it is about the depths and dimensions of male spirituality which has been put on the back burner by our modern society. It’s refreshing to read such a book that puts Authenticity back into awareness, as well as into the order of human thought. I’d like to share a passage that is too good not to share, simply because of its insightful elegance. It’s as if the content of the following passage which I am about to share is a rare gem found in the labyrinth of  human creativity. Almost breathtaking, I’ll let the text speak for itself:

“invariably, men must be tried, limited, challenged, punished, hazed, circumcised, isolated, starved, stripped, and goaded into maturity. The pattern is nearly universal, and the only real exceptions are the recent secular West. Boy scouts, confirmation classes, Lions clubs and Elks clubs have tried to substitute, but with little spiritual effect.

Historically, the program was clear. The boy had to be separated from protective feminine energy, led into ritual space where newness and maleness could be experienced as holy […] The contemporary experience of gangs, gender identity confusion, romanticization of war, aimless violence and homophobia will all grow unchecked, I predict, until boys are again mentored and formally taught by wise elders. Historically, it was much of the meaning of the medicine man, the priest, and the shaman. Now boys look to coaches, drill sergeants and fundamentalist preachers for what the church no longer gives them. In fact, they even resent it from clergymen, probably because we too long gave them stones instead of bread, moral minimals instead of courageous journeys, holy days of obligation instead of risky vision quests.

Male initiation always has to do with hardness, limit situations, difficulty, struggle and usually a respectful confrontation with the nonrational, the unconscious or, if you will, the wild. It prepares the young man to deal with life in other ways than logic, managing, controlling, and problem solving. Frankly, it prepares him for the confrontation with Spirit.“